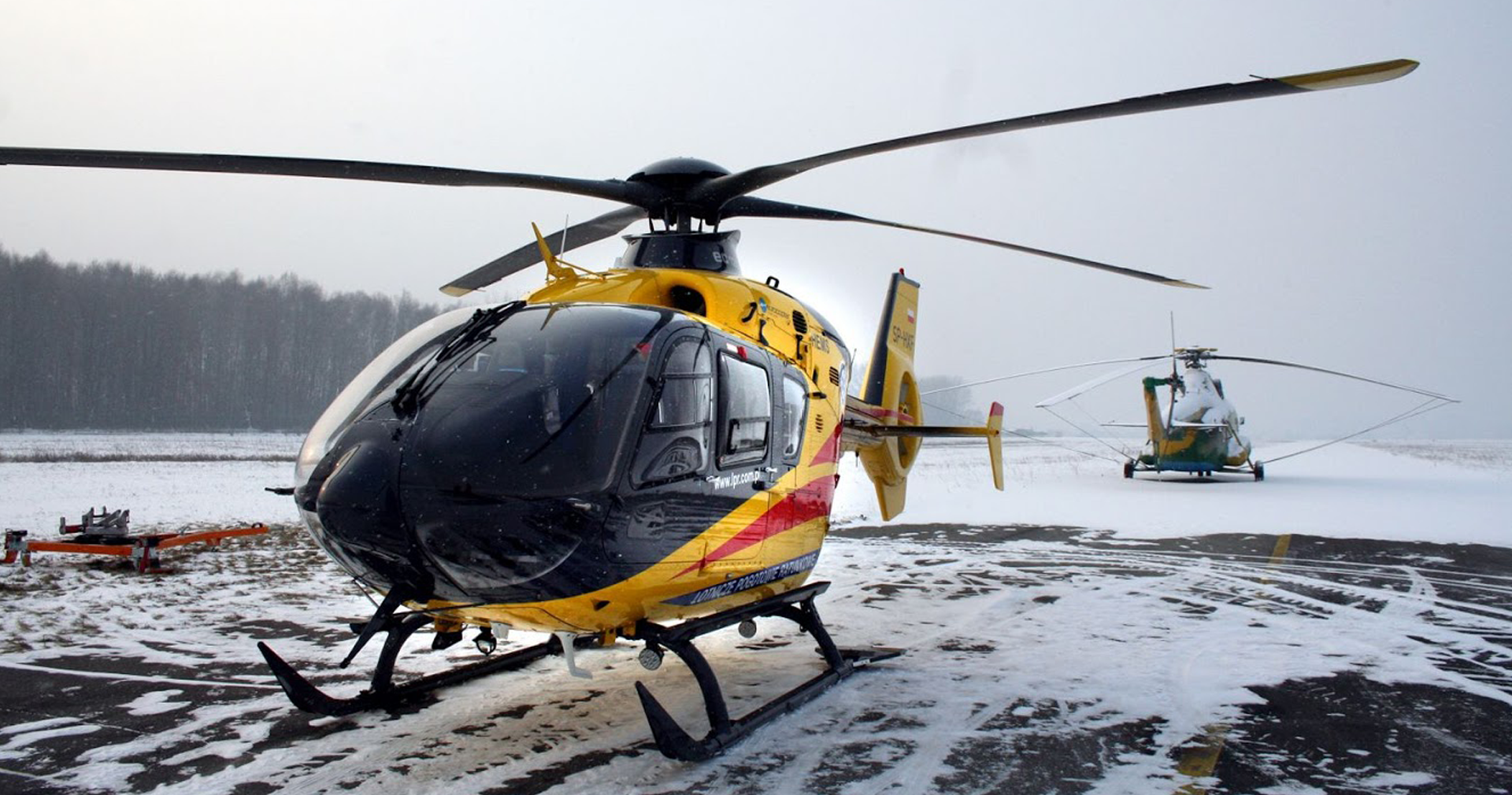 In 2008, Poland selected the EC135 helicopter, produced by Eurocopter, as the flagship helicopter of the Polish Medical Air Rescue. 23 helicopters were bought, and they are stationed in all the Voivodeships of Poland. After the purchase, a contest for the colour scheme of the medical helicopter was announced which had to comply with the regulation and the guidelines of the Ministry of Health for emergency vehicles.

Specifically described were the elements of the colour scheme that were to be featured on the helicopter, for instance, there had to be a red stripe above a blue one, and the helicopter’s main background had to be yellow.

The concept of the project was to create a marking that would be well-visible from far and characteristic for a modern, dynamic helicopter. All the windows had been joined together to create one dark colour spot, making the helicopter look modern.

Also, the outlet for exhaust fumes above the cockpit under the top rotor and the edge of the tail have been painted grey, so that there will be no visible exhaust fumes in the part of the helicopter most prone to staining.

The dynamically partitioned, eye-catching red stripe extends through the whole tail up to the cockpit.

The graphic partitions were inspired by insects, and more precisely, by warning colours in the world of insects.

A wasp, for instance, has yellow and black stripes. Such a combination of graphic elements informs other creatures that wasps are dangerous. It’s an example of warning signals in nature and it was the idea behind the helicopter’s colour scheme.

What makes the LPR helicopter stand out is the rotor painted in stripes visible from below. In this way, this helicopter cannot be mistaken for any other, because when it hovers above the site of the accident, it will produce characteristic circles. Such a solution has become innovative for the aircraft rescue industry on a global scale.

Other governments have been inspired by us when updating the colour scheme of their rescue helicopters.