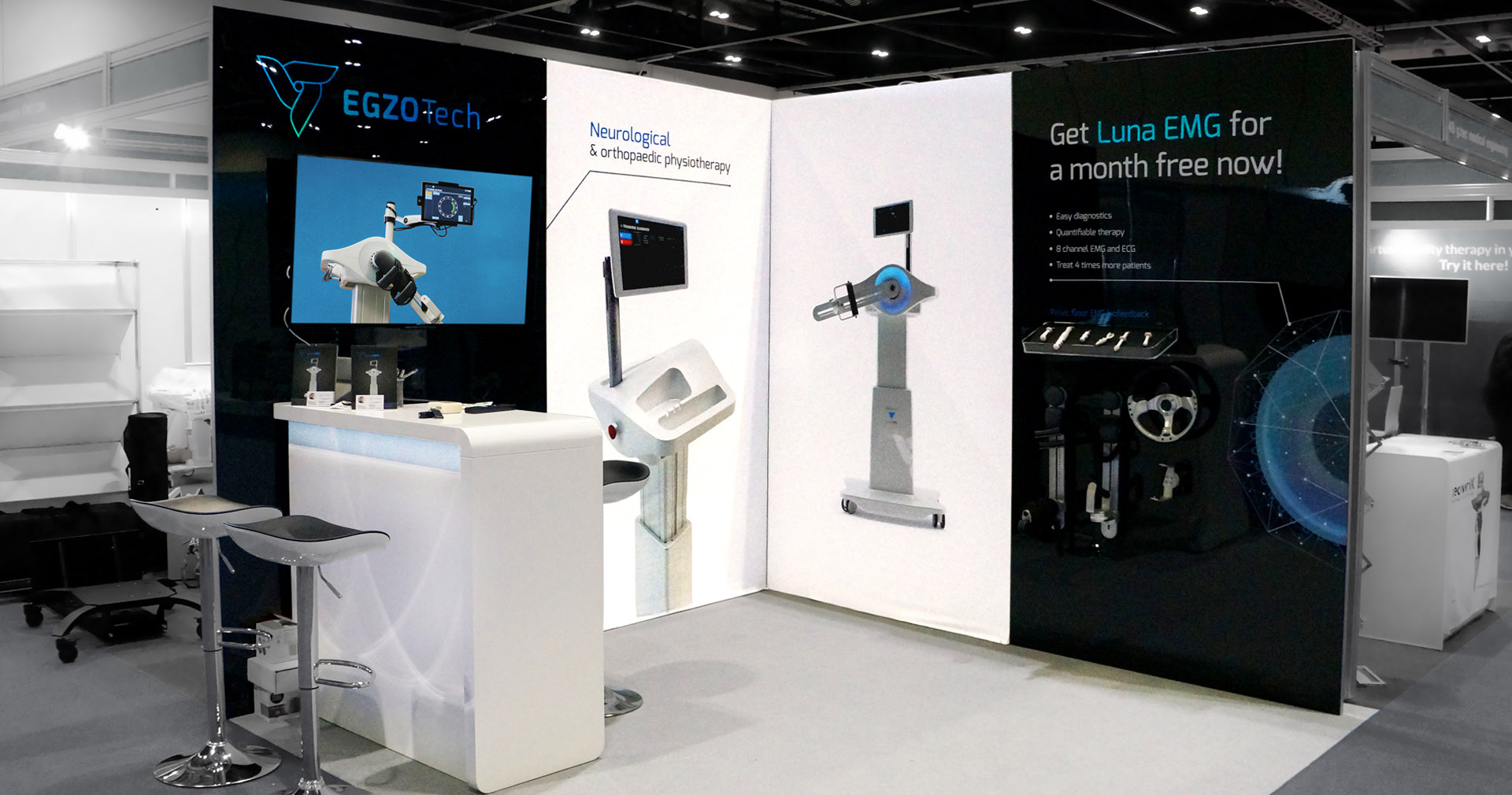 EGZOTech, for which we have designed the rehabilitation robot Luna EMG, also asked us to design an exhibition stand.

By designing the stand we wanted to give it a cosmic character, which refers to the Luna design.

The first solution that distinguished the EGZOTech stand against competition was the use of distinctive lighting and glossy surfaces.
The walls were made in contrasting black and white.

The black holographic foil has been applied to the black walls thanks to which we got the glossy EGZOTech logo and cosmic graphics. White, on the other hand, were made of lighted panel LEDs, giving soft light. It was an element that caught people’s attention.

What’s more, there were used a modular wall system, so they can be easily dismantled and used for other events. On the stand, there were also displays attached to the walls, where various ends of the robot were presented.

Another important element of the stand was a backlit counter. At the counter, you could get more information about the product or have a cup of coffee.

On the TV screen, which was also the element of the stand, was presented a slideshow with photos, so patients were informed how to use Luna and they could try to do exercises as two pieces of the robot were presented on the front of the stand.