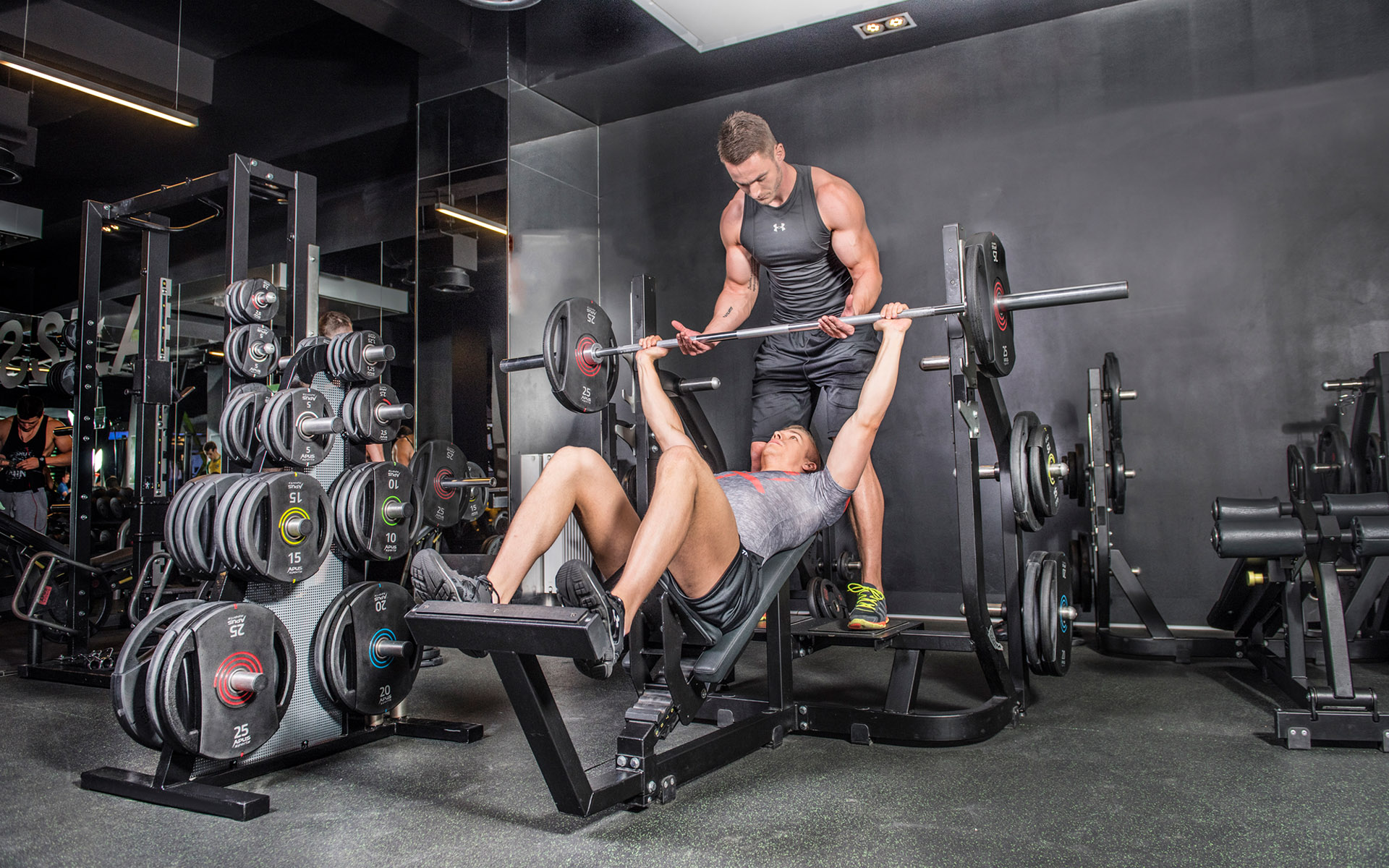 We haven’t had any experience in designing products for the fitness industry when we started designing the Olympic weights for Apus Sports.

To start with, we had to get to know the users and their needs. The users were people who exercise in fitness clubs, as well as instructors and bodybuilders. We have conducted over twenty interviews with women and men who attend to the fitness clubs. We asked them how do they exercise and if there is something that makes using the weights currently available on the market uncomfortable in any way.

Aleksander Włodarczyk – a bodybuilder and personal trainer, was one of the most interesting people we have talked with. He gave us information about the needs of people who train with the weights and showed us some extra exercises that could be done with the plates. In addition, he told us how to properly warm up before a training.

What is worth pointing out is that the Olympic weights do not have to be used just as a plate on the barbell. They can also be used to warm-up, replacing dumbbells or kettles. Thanks to that we do not have to look for additional equipment in the gym. We can begin the warm-up with lighter weights and later add heavier ones. This will allow the muscles to warm up and the person will not gain an injury while training.

Our client is a fitness club, where the exploitation of the equipment is quite extensive so it uses up more quickly. After conducting customer surveys (with various fitness clubs) we learned that our customers need the high-quality polyurethane equipment known for its durability. This information changed the original assumption of the project, as Apus Sports originally wanted to produce the weights made out of rubber.

The research also showed that barbells which are in the clubs are mostly badly marked. That is why we designed colorful rims – each weight is assigned to a different color which is easily noticeable in the dark clubs interiors.

With a standard weight, without handles, it is possible to do only a few exercises, mostly on a barbell or on a machine. Our weights have the special handles which allow doing a dozen or so, basic exercises, similar to these with the dumbbells or kettles.

The competitive products often tremble on the barbell. Our weights are flattened so they touch each other and do not move. In addition, their flat form allows putting more of them on the barbell at the same time with the equally satisfying result.

The 10kg and 15kg weights have the same diameter but they differ in thickness. A similar solution was used in the weights of the second weight group of 20kg and 25kg. The plates placed on the barbell stick better to each other when they belong to the same weight group. This makes exercising easier because the handles are more ergonomic and allow to workout with both hands. With the same diameter of the weights, it is easier to pick up the barbell which is also more stable on the floor mat.

On the side of the weight, there is a colored line which informs the user about the weight of the plate. The applied wheels (graphic circles) are the elements of the psychological game. The user wants to gain more and more circles, what motivates him to practice with bigger and heavier weights.

The weights have specially designed handles so a person who exercises can practice in a position with hands placed side by side. In addition, we have created a special place for a pointing finger. It helps to execute swinging exercises properly. The grip of the hand is improved by the rough surface of the handle.

Designing the weights for Apus Sports allowed us to meet new people and to get to know the needs of this specific group of users we have not known so far.

The product must be made of high-quality materials if one wants to extend its longevity. Using weaker materials, apparently, cheaper in production is actually more costly to the customer as it often entails a greater number of complaints and leads to more often replacements.